Heger - more than 100 years of tradition and innovation 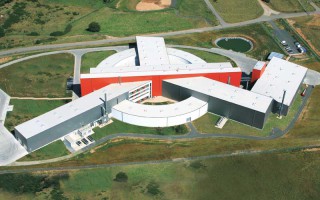 The latest step of the foundation of HegerFerrit, an individual and new foundry in the conversion area close to the village of Sembach in 2009. A new foundry at a value of EUR 25 million was built for the series production of casting components with a weight of up to 30 tons, in particular for wind power stations. This increased the overall production capacity by 30,000 tons per year. 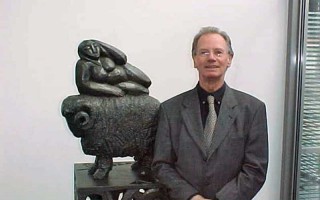 It was in 2002, the company celebrated its 100th anniversary, when Hans-Jakob Heger passed the management of the company on to his son Johannes, who had already proved himself as a manager as early as in 1995. Hans-Jakob Heger participated actively in various business associations. He took on, among various other responsibilities, the position as Vice President of the State Association of Business Associations in Rhineland-Palatinate (Landesvereinigung der rheinland-pfälzischen Unternehmerverbände, LVU), as President of the Industry Associations Neustadt IVN (Industrieverbände Neustadt IVN), he has been member of the board and treasurer of the Federation of German Employers' Associations in the Metal and Electrical Engineering Industries (Gesamtmetall) and has been Honorary President of the Association of the Palatine Metal and Electrical Engineering Industries (Verband der Pfälzischen Metall- und Elektroindustrie) since 2002. He is holder of the German Federal Cross of Merit with Ribbon [Bundesverdienstkreuz] 1st Class. Furthermore, he has been awarded with the Economics Medal (Wirtschaftsmedaille) of Rhineland-Palatinate. 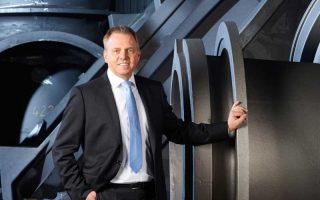 At the turn of the century, HegerGuss was able to launch the production of cast for the wind power industry. Johannes Heger as the new managing director brought the company forward. The cooperation with the University Kaiserslautern and local Fraunhofer Institutes has been deepened, the simulation of casting processes has been significantly enhanced and the company has been further expanded.

Furthermore, HegerGuss was founding member of the "Workgroup Quality Casting" (Arbeitsgemeinschaft Qualitätsguss), who as an association of German hand molding foundries has initiated innovative and customer-oriented developments in the further enhancement of ferrous materials and process control.

In the year 1978, apparatus engineering was terminated and Heger concentrated again only on casting. Since 1989, the company has been operating under the name HegerGuss. 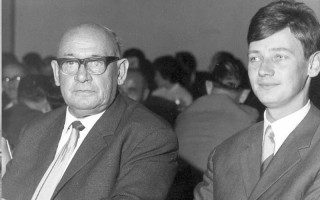 In 1966, Hans Heger passed away. His eldest son Hans-Jakob took on management only one year prior to Hans' death. In the foundry industry, he was among the first who initiated the change to a completely new and resource-friendly forming procedure. With the acquisition of the Meehanite license, the quality of the products could significantly be improved. Heger & Müller raised its game within the German industry and its customers as a sought-after manufacturer of individual components and small series made of gray cast iron and more and more of spheroidal graphite cast iron, which is a casting with steel-like characteristics.

In this decade, the apparatus engineering was at its height. Discharge augers for special furnaces, grinding drums to produce powder for the coating of tapes, autoclaves, mixers, etc. were among the products also delivered to the Netherlands, Sweden and even to Brasil. 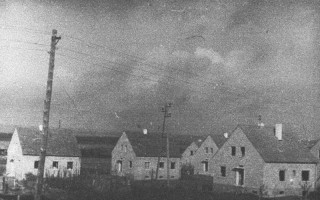 Settler dwelling of the "work group homestead" in Enkenbach

In 1950, Hans Heger was the initiator of the "work group homestead", based on which a lot of employees, in particular in Heidestraße in Enkenbach, built their own homes with lots of personal contribution. 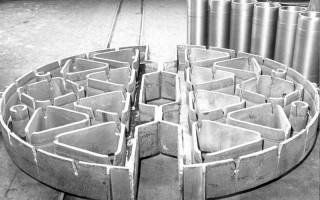 Tray for the chemicals industry

Beside the foundry, a new apparatus engineering was founded in 1954, which manufactured equipment and receptacles made of steel and special-purpose steel for the chemicals industry.

This, however, led to the termination of the production of grape presses in the mid 1950s, because by then such presses had already been technically outdated. 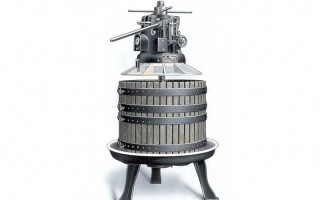 In the 1930s, the hardworking engineer Jakob Heger developed a grape press for wineries. The patented "Pfalzkelter" (Palatinate Press) soon became a fast seller and hundreds were delivered in various sizes to the wine-growing regions in Rhineland-Palatinate and Saar. 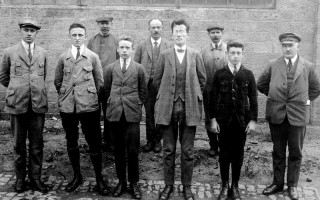 In 1944, the company "Gebrüder Heger" (Heger Bros.), then with its seat in Wolfsgasse in Enkenbach, was completely destroyed during a bomb attack. It has never been re-built. 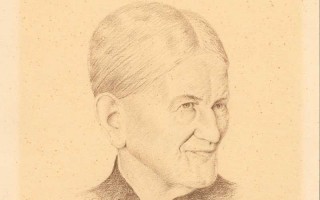 His mother, Christine (Lina), a very self-confident woman, took care of the close ties within the family. 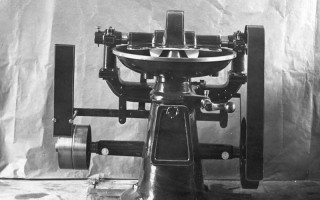 Since 1926 Hans, Jakob Heger's youngest brother, supported him as managing director with equal rights. Together they increased the foundry's product range. In 1926, the first housing for a marine diesel engine was cast. In the same year the affiliate "Gebrüder Heger" started with the production of casting-intensive meat-processing machines. Their target market comprised Rhineland-Palatinate and the Saarland. 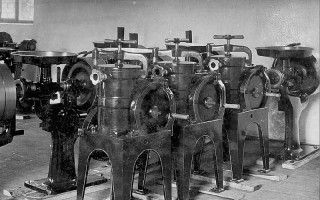 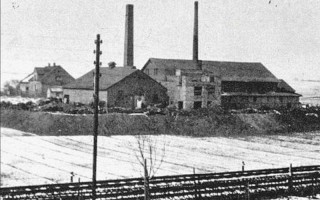 "On February 12, 1902, Karl Heger and Ludwig Müller obtained a permit from the Kaiserslautern district office for a gray iron and metal foundry and a mechanical workshop including a sawmill ... In the early years, they produced cast for stoves, furnaces, the agricultural sector and commercial cast. The (eldest) son of founder Karl Heger, namely Jakob Heger, joined the company in 1913, who changed slowly to the manufacture of cast for chemistry, machines and templates. In 1917, Ludwig Müller left the company, and therefore the company became the wholly-owned company of the Heger family."

(This is how Friedrich W. Weber, local historian, described the beginnings of "Heger & Müller" in its paper "Aus Enkenbachs Vergangenheit" (Enkenbach's history) in 1953).